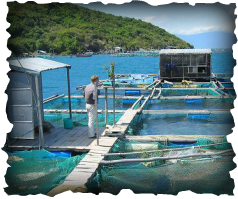 After figuring out the impact of overfishing, the next thing we want to do is determine by what methods the problem of overfishing can be solved without hurting man’s supply of food as a repercussion. There are, in fact, an abundant amount of ways humans can help solve our overfishing predicament and bring order back amongst the wildlife of the oceans. Some options include:


o   Ecosystem-based Fishery Management: This involves focusing on the ecosystem of the fish stock first and foremost. By doing so, fisheries can be sustained or rebuilt, helping fish populations.
o   Removal of Subsidies and Individual Right: By removing subsidies and giving fisherman a right to part of the catch, these fisherman are given incentive to sustain their fisheries and make them the most productive as possible, making overfishing less likely.

Despite having all of these options and methods of solving the world’s overfishing problem, such a task is not an easy one and will certainly take some time. There will always be people who will be trying to cut corners to make the most profit. If waters are closed to fishing, people will exploit marine areas elsewhere. It is a tough battle to win, and in order to achieve such, people must cooperate across national boundaries. With a combined effort, we as humans can make a difference and protect and sustain Earth’s marine ecosystems. We can maintain what has historically been one of our most important food sources.

A guide to choosing the right seafood
Powered by